Future Intentions week has historically been a week-long programme of events which helps Year 12 students to make informed choices about their future plans post-Sixth Form, whether that be university or other pathways including employment or accessing a degree apprenticeship.

Topic covered range from CV writing and Personal Statement workshops through to health and welfare information and careers and gap year information.

Below are examples of two schedules used for our Future Intentions weeks to indicate the kind of programme that Sixth Formers get to undertake. In 2018 we introduced Future Intentions into our Enrichment timetable and due to its success and positive student feedback we have continued to do the same in 2018/19. 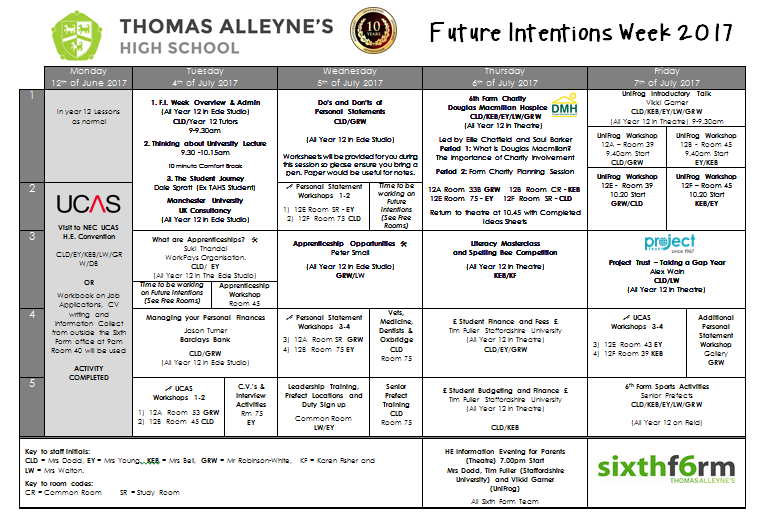 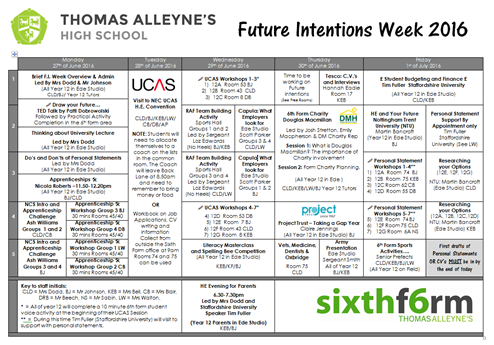