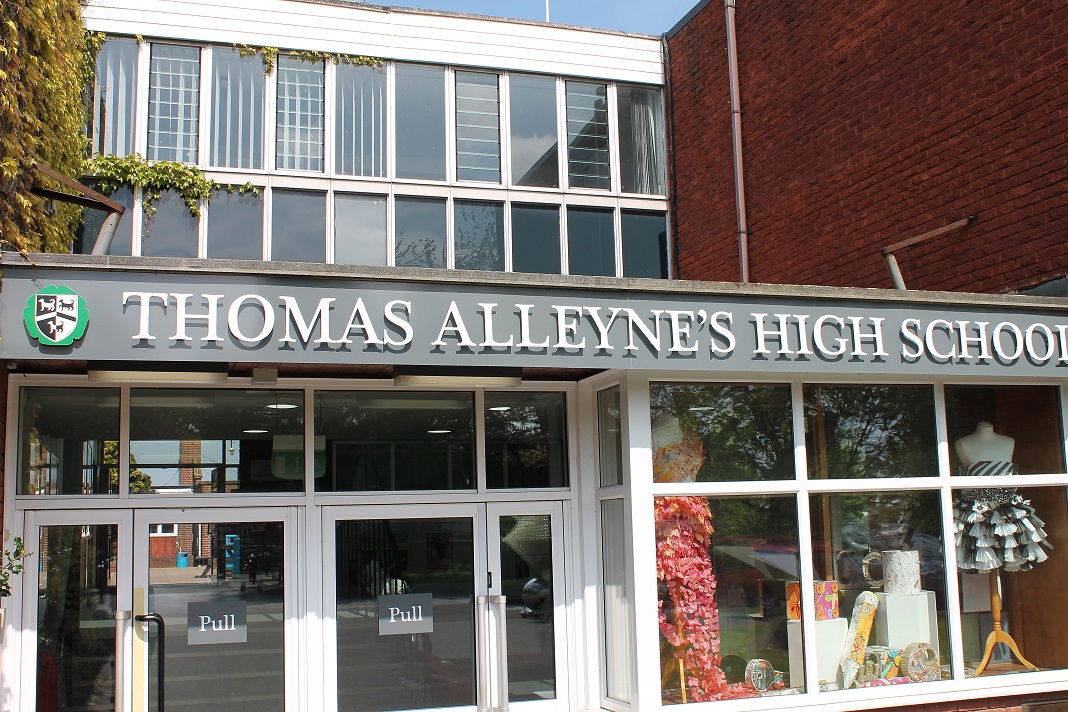 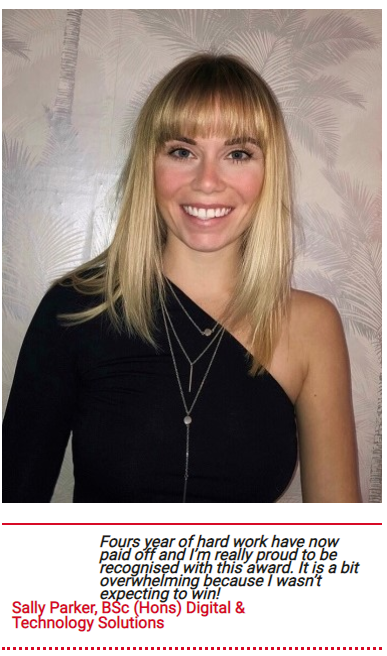 Image: Sally Parker has been named ‘Higher & Degree Apprentice of the Year’

The 21-year-old from Uttoxeter joined Stone-based firm Capula in 2017 and has been completing a degree in Digital & Technology Solutions alongside her role as a Junior IT Engineer.

The UK Nuclear Skills Awards, organised by NSAN and Cogent Skills, celebrates exceptional individuals and companies in the nuclear sector from across the country and winners announced in virtual ceremony last month.

Sally said: “Fours year of hard work have now paid off and I’m really proud to be recognised with this award. It is a bit overwhelming because I wasn’t expecting to win!

“After I finished my A-Levels I wanted to get a job instead of going back into full time education and so doing an apprenticeship was ideal for me. It has sometimes been a challenge to work and study at the same time but both Capula and the University have been really supportive and have helped to keep track of my progress.”

Staffordshire University provides more than 20 different Higher and Degree Apprenticeships for over 200 businesses across a variety of industries. The work-based route to higher education offers apprentices on-the-job training alongside a qualification, while helping employers to develop their workforce and shape the future of their business.

Capula and Staffordshire University have been working together to combat a national shortage of engineers and to drive up the number of skilled apprentices in the region.

Sally regularly visits schools as a STEM ambassador and hopes that her success will help to inspire more pupils to follow in her footsteps and consider careers in science, technology, engineering and mathematics.

She said: “I don’t think anybody expected me to be where I am now. I have dyslexia and at high school I was predicted Ds and Es in my exams so had to take part in summer school to get into Sixth Form.

“STEM subjects are often male-dominated which can be intimidating for girls but I’m proof that it shouldn’t stop them. You don’t always have to get top grades to do well, it is about finding what’s right for you and where you take yourself.”

Robin Oldham, Course Director: Computer Science and Digital Apprenticeships at Staffordshire University, said: “Ever since I met Sally I have been impressed with her approach to learning. I quote Sally in many of my meetings with potential apprentices and current ones to make the point that it isn’t easy, but you can achieve amazing things if you put in the time and effort. I can now complete the story with Sally’s phenomenal first-class Degree Apprenticeship profile and UK Nuclear Skills Award – inspirational!”

Fellow Capula employee Jack Senior who undertook an Engineering apprenticeship with Staffordshire University was also a finalist in the Nuclear Graduate of the Year category at the awards.

Steve Tellwright, HR Director at Capula, said: “I’m extremely proud of Sally and Jack as they have both worked exceptionally hard and deserve every bit of recognition for getting to this final stage in the competition. For Sally to win is a great achievement against some fierce opposition. She is a great ambassador for the company and for the value of apprenticeships.”

Discover more about how Staffordshire University can support your business with Higher and Degree Apprenticeships - https://www.staffs.ac.uk/apprenticeships